Scrappy Trip Along #2 - still not done

Two whole weeks have gone by and all I have to show for it is 6 more Scrappy Trip Along blocks.  Now, to be entirely fair, I cut and laid out all of my strips and realized I didn't have enough to even make the small 16 block quilt, so I ordered a scrap bag.

This was my first scrap bag purchase, and there a positive and a negative to that.  It's positive that I chose a recent line of fabric to use, and I could FIND the scrap bag I needed on Ebay.  The negative is that many of the strips inside were JUST barely 2", and not wide enough to use for this project.  Had I spent a lot of money (I spent $11),  I would have been very unhappy.  Thank god there was enough for what I needed.

Here are my twelve blocks laid out so far.  Of course, I'm sure I'll be rearranging them a 100 times before I sew them together.  This is the layout that was on the original tutorial, with the smaller diamond patterns. 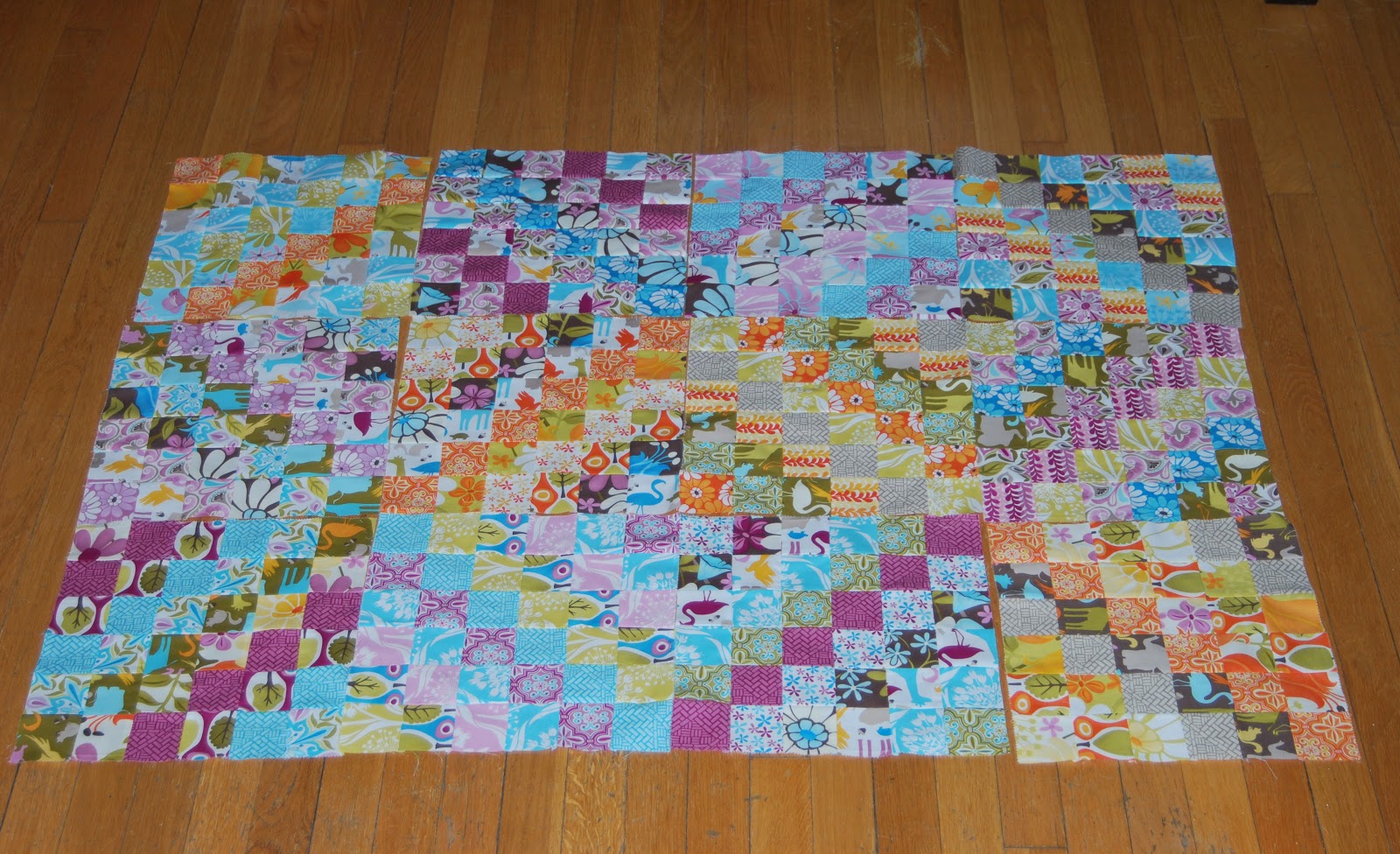 This is the version with a large center diamond that grows wider towards the outside.  This version looks more like an optical illusion to me.  I've liked some others I've seen with this layout, but I think I'll stick to the original multi-diamond version. 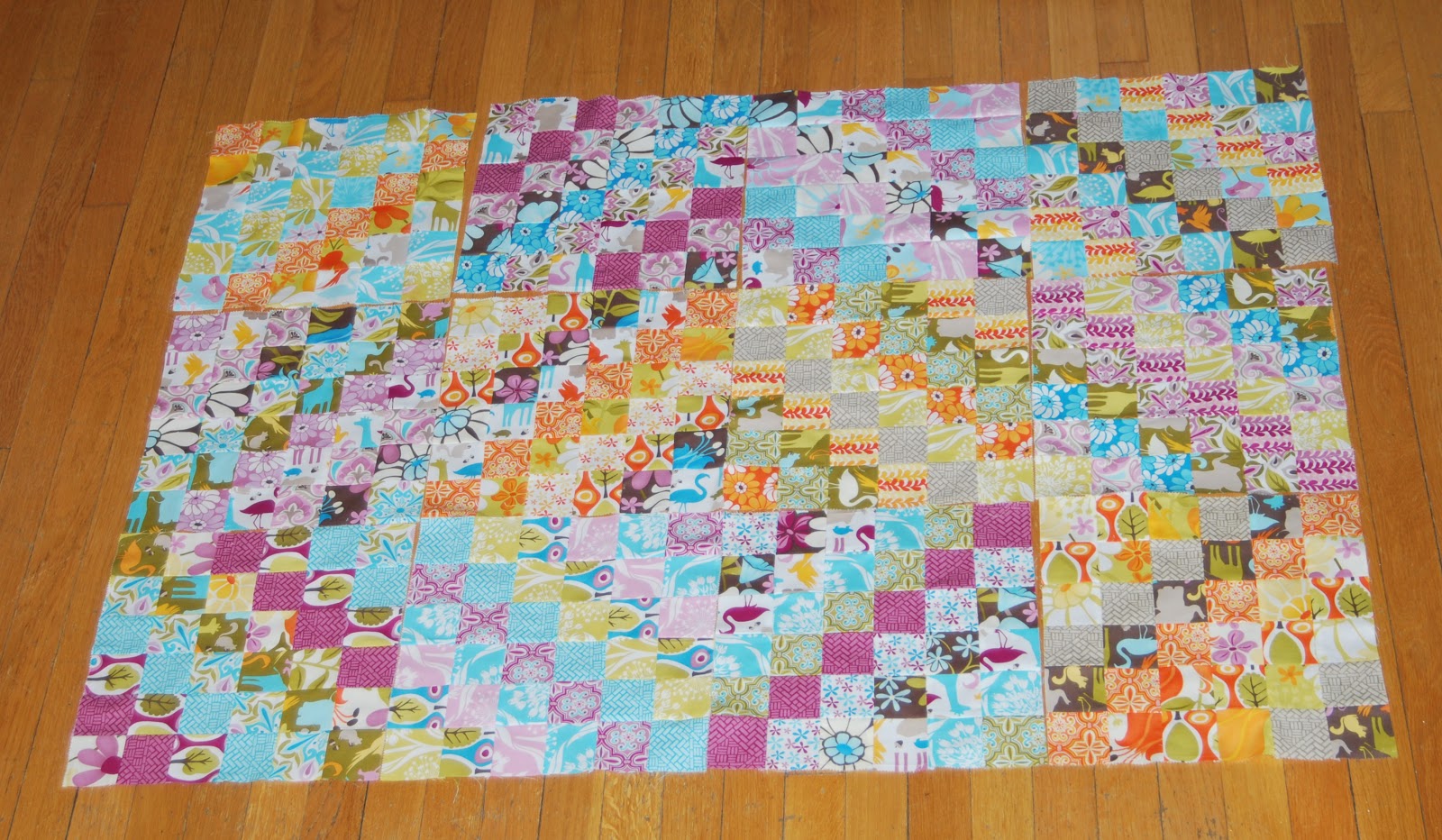 Four blocks left...at this rate, one more week.  I'm going to know when to say when and do the lapsize 16 block size.  I can't wait to see it all together.


Which layout do you like better?
Posted by Unknown at 3:34 PM 2 comments: