As I try to fill up the last minutes before the Super Bowl starts, it occurred to me that I had more Economy Blocks to share.  I think I have around 20 in total.  Lots of them include some of my favorite tiny Heather Ross scraps, like the horses and tack from her West Hill line in the first one.  I tried stripes, trying to see what it would look like...maybe a bit too busy for me?


This van and the pink on the outside are both Heather Ross too...from the tiniest bits I had saved. 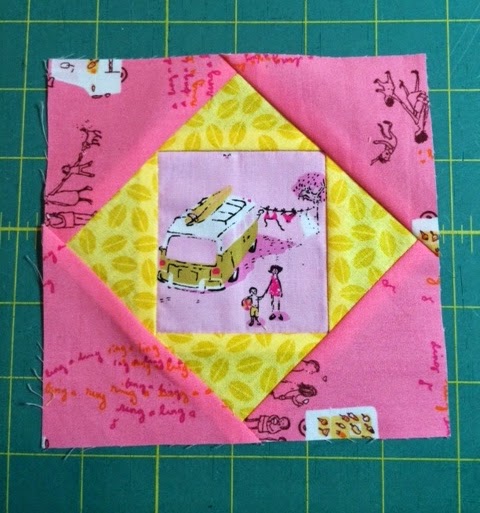 I think these people are running for the ice cream truck.  I definitely like the look of the solids along with a print...three prints might be too much. 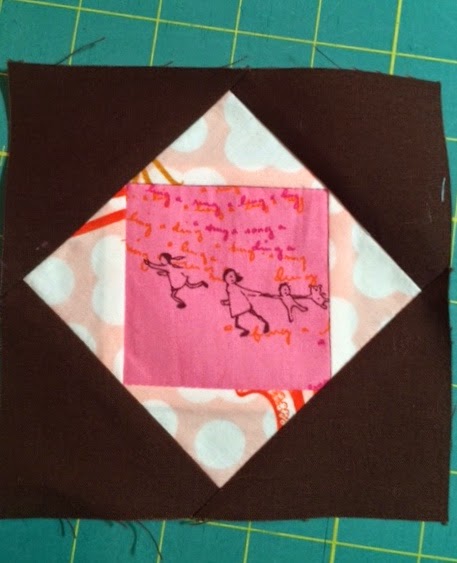 A beautiful mermaid...this one was an attempt to see about not "exactly" solids, just fabrics that had lots of solid space or a tonal pattern. 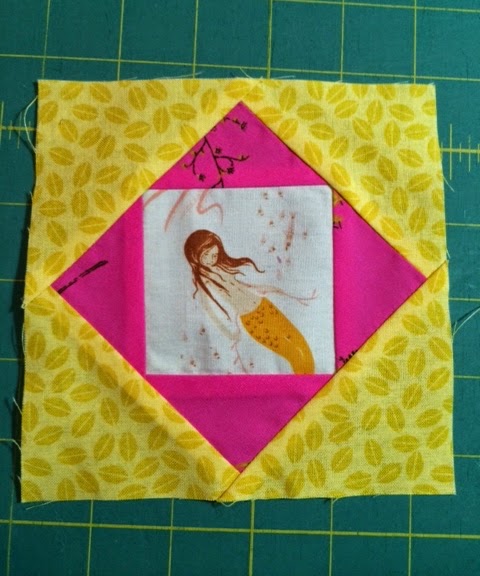 As you can see, I was all over the place, trying different combinations to see what I liked best.

A bicycle that my fussy cutting was...um.."off" on.  But I was not about to throw it out. 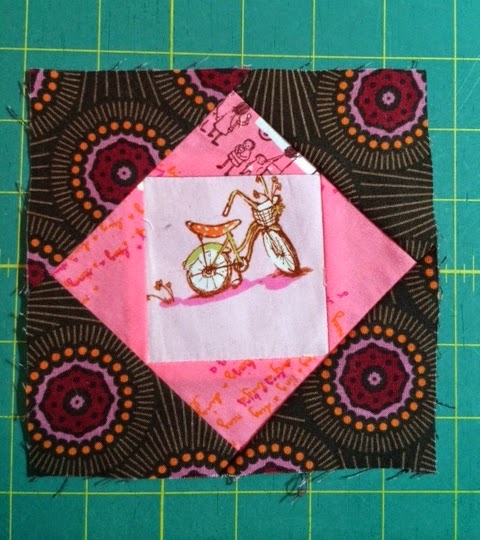 I will admit, I do like how scrappy they look altogether.  I'm still wondering if a whole quilt would just be too much. 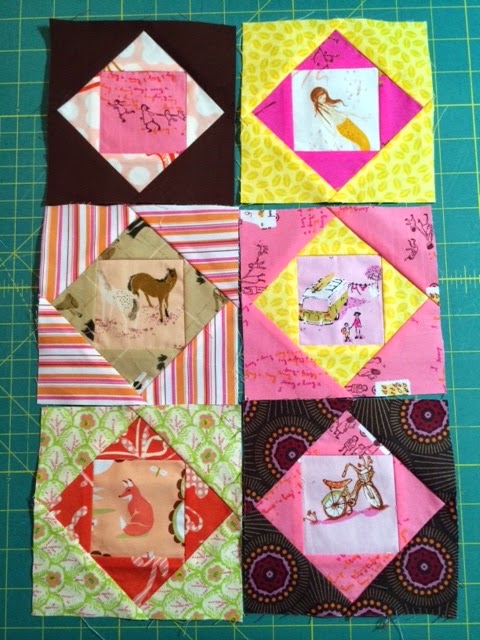 Do you like the solids?  Stripes?  Or all of the craziness of 3 patterns?
Posted by Unknown at 5:45 PM