What the heck I've been up to

So I finally got to go on that vacation that I've been whining about. I took the kids and we went to visit my cousin, his wife and newly adopted son in Virginia. It was my daughter's first plane trip, and my son's second. He said he was too little to remember the first one, so he felt like this was his first too. We had a FANTASTIC time.

Our first day we spent at the National Zoo. It was close to 90 and just downright steamy. The kids are wet from the water sprays they have along the walkways to keep cool. 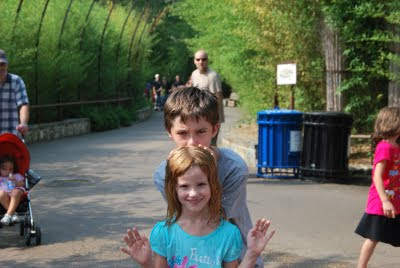 All that they cared about was seeing the pandas, which we did. From far away, but they were live pandas nonetheless.

The next day we spent at the Museum of Natural History and walking the National Mall. It was a wonderful day, but LONG for little legs.

The true excitement was being in a terminal at Dulles when the EARTHQUAKE hit. The whole terminal sort of slid side to side. Some pieces of tile fell from the ceiling. After a brief "huh, what was that?" my kids went right back to reading their books. Really. They are tough to impress apparently. 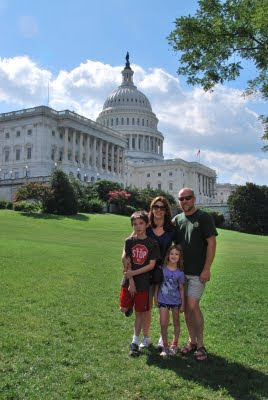 Now that we're home, I've been working on this blanket for a co-worker. I've made so many of these "a la Betz White Warm Fuzzies" style blankets now. They are really loved. I try to put some of my salvaged trims on each one. The blue on this one is one of my favorite and almost gone. 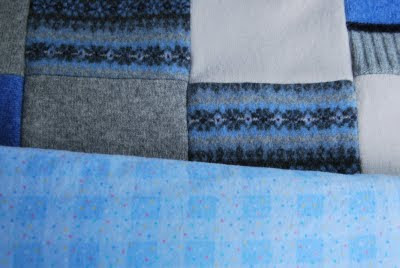 I usually put flannel on the back and they are just super soft and cuddly. 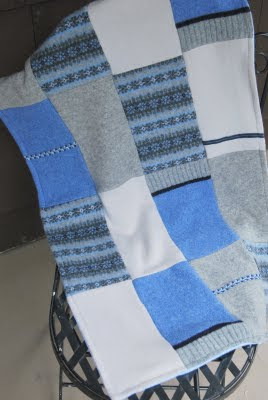 Last but not least, I am still on my two-per-week pace of making pillowcases for Conkerr Cancer. So far I've got nine. My goal is to donate a cool 100 over the course of the year. I'm hoping to find time to branch out and use different patterns as the year goes on. This one is just so easy and sews up so quickly, I've stuck to it for now. 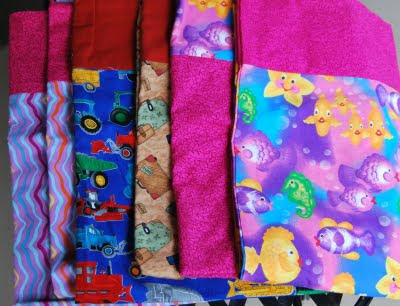 What are you working on these last few days of summer??

Posted by Unknown at 4:08 PM No comments: